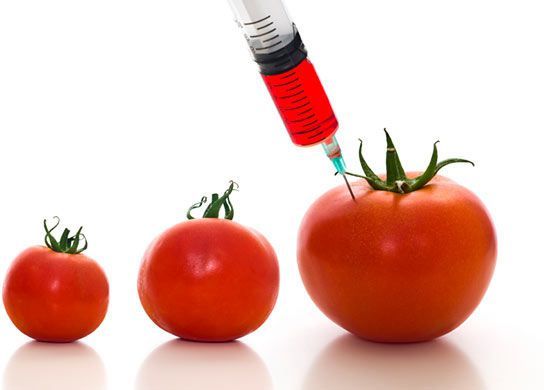 A mass opposition will today be filed against a patent on tomatoes held by the Swiss company Syngenta. 65.000 individuals from 59 countries and 32 organisations are supporting the opposition. Never before have so many people been involved in an opposition at the European Patent Office (EPO). They are all opposing the Syngenta patent, which claims tomato seeds, plants and fruit as an invention, but which actually originate from crossings with tomato plants discovered in Peru and Chile.

“This is an all-time record number of opponents involved in a case at the European Patent Office. The huge support for this opposition will send a very strong signal to European politicians to take much stronger action against patents on plants and animals,” Iga Niznik says for Arche Noah in Austria, who will be a member of the delegation filing the opposition today.

“Our oppositions shows that European citizens no longer want to let the big corporations to take control of our food production through patent rights. We have to stop these patents now,” says Jörg Rohwedder from the European campaign network WeMove.

In 2015, the European Patent Office (EPO) granted patent EP 1515600 to Syngenta, which claims tomatoes with a high content of so-called flavonols. These compounds are supposedly beneficial to health. The patent covers the plants, the seeds and the fruits. This so-called “invention”, however, is simply a product of crossing tomatoes originally from Peru and Chile with varieties currently grown in the industrialised countries. European patent law is meant to prohibit patents on plant varieties and on conventional breeding. For this reason, the opponents want the patent to be revoked completely. All in all, around 1400 patent applications on conventional breeding have been filed at the EPO so far, and around 180 patents have already been granted.

“Such patents are endangering the future of conventional plant breeding,” says Ulrike Behrendt, a professional tomato breeder, “The patent does not meet the requirements to claim an invention, but simply describes existing characteristics of plants. Future plant breeding and plant breeders will be negatively affected by such patent monopolies. The financial risks and legal uncertainties can negatively impact future innovation in plant breeding, especially for small and medium plant breeders.”

Development organisations have also been warning about the consequences of patents on plants and animals. “This patent constitutes hidden biopiracy,” says François Meienberg for Bern Declaration, “The tomatoes were originally discovered in Peru and Chile, before seed samples were taken to the US and conserved. From there Syngenta had access to the seeds and then claimed further breeding as its ‘invention’. The countries of origin are basically being robbed of their biological treasures.”

Members of the European Patent Organisation refused to agree to a meeting with the opponents as requested. Today, the Committee on Patent Law is also holding a meeting at the EPO. This Committee includes delegates from member states of the European Patent Organisation. At the meeting, the Committee will discuss the implementation of current prohibitions in patent law, which exclude patents on plant and animal varieties and conventional breeding. Currently, these prohibitions are applied by the EPO in a way that renders them ineffective. The organisations behind the mass opposition are demanding that the member states of the European Patent Organisation now take decisive action to stop further patents on plants and animals. The Administrative Council, which can make decisions on rules of implementation of the prohibitions will have its next meeting at the end of June.

“We will continue to fight seed monopolists and our resistance is growing. Nobody should be allowed to claim living beings as their invention,” says Ruth Tippe, who is closely monitoring patents on plants and animals for No Patents on Life!

Source: No patents on seeds no-patents-on-seeds.org