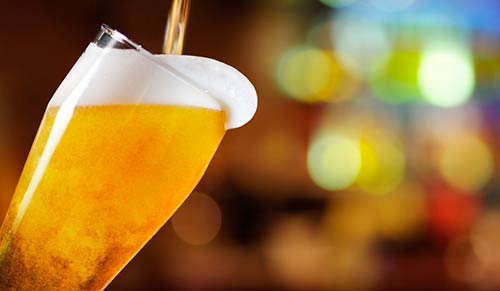 Action taken by civil society organisations aims for revocation of European Patents on barley and beer.

The EPO is governed by an EU patent directive. However, the EPO interpretation of this directive is very different to the interpretation endorsed by the EU Parliament and the EU Commission. According to the EU documents, it is only processes for the genetic engineering of plants and animals that can be patented. At the same time, it is made very clear that processes used in conventional breeding based on common methods, such as crossing or selection and usage of random mutations, are not patentable. In December, the EPO decided to put the granting of further patents on hold until the underlying legal questions were clarified. However, this measure is purely provisional and it is unclear whether patents on conventional breeding have been stopped completely. In the past, the EPO has repeatedly tried to circumvent legal prohibitions through artful interpretation.

“We now need legal certainty. Carlsberg and Heineken are trying to enhance their market position to the disadvantage of consumers, farmers and other breweries,” says Erling Frederiksen from Friends of the Earth in Denmark (NOAH). “These patents are not based on real inventions but on intentional abuse of patent law. Therefore, they have to be revoked.”

The patents in question are based on random mutations in the genome of the barley; and the kernels from the barley plants are supposedly more suitable for brewing beer. There is a third patent (EP2575433) that covers a combination of the characteristics of these barley plants created by further breeding. Preparations to oppose this latter patent are already underway. Each of the three patents covers the plants, the harvest, the process for brewing, malt and wort and all drinks produced by this method. European patent law prohibits patents on plant varieties and conventional breeding.

It is expected that the 38 Contracting States of the EPO, with the EU Member States, will convene in the first half of 2017 at a meeting of the Administrative Council. They will then make a decision on how the current prohibitions in patent law can be applied in future. Civil society organisations, such as those represented by No Patents on Seeds! are demanding that no further patents are granted on the conventional breeding of plants and animals.

– A letter to Carlsberg

Source: No patents on seeds – no-patents-on-seeds.org