The organic market in Europe continues to grow. In 2018, the European organic sector experienced strong growth in terms of area, producers and markets. It increased by almost 8 percent and reached 40.7 billion euros. Some of the major markets even enjoyed double-digit growth rates. 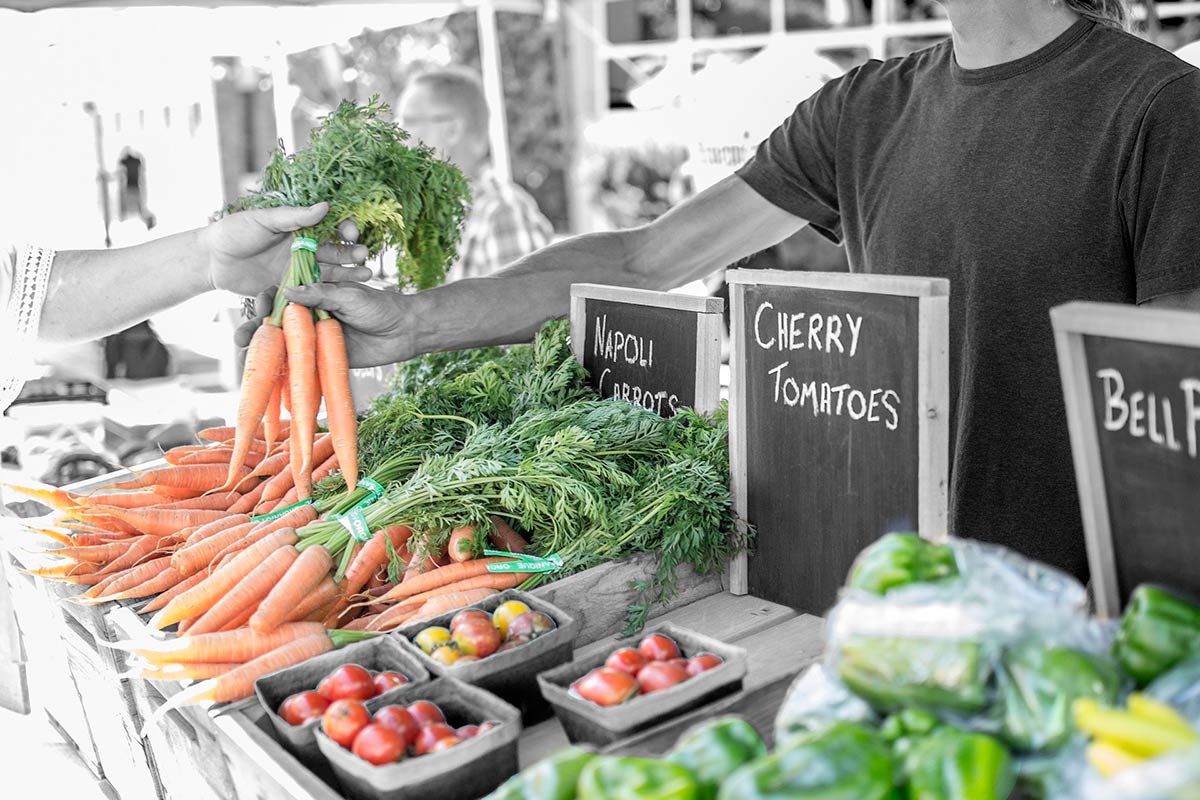 More than 15.6 million hectares of farmland are organic in Europe – Spain has the largest area 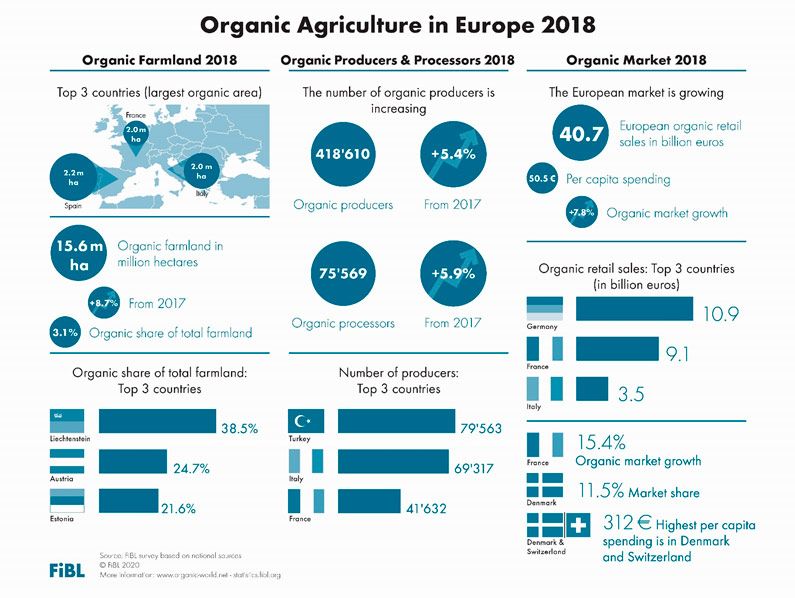 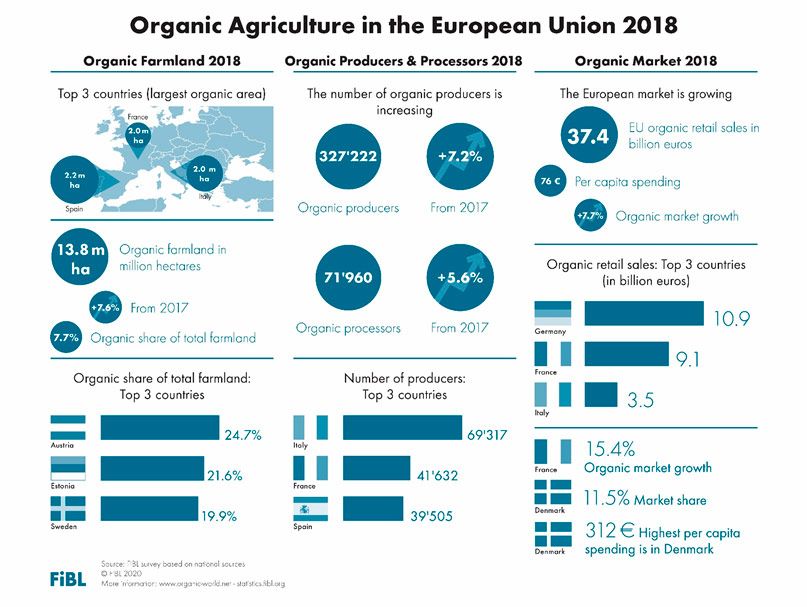 Organic farmland increased by more than one million hectares 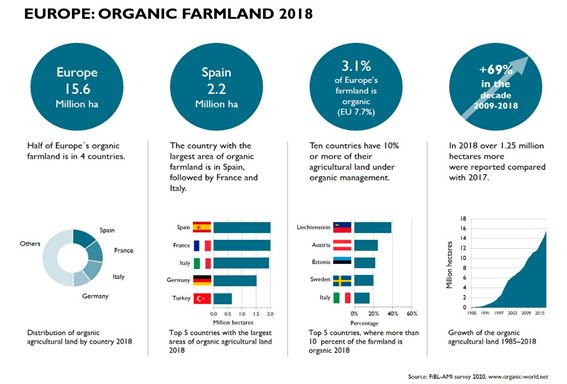 Organic farmland in Europe constituted 3.1 percent of the total agricultural land and 7.7 percent in the European Union. In Europe (and globally), Liechtenstein had the highest organic share of all farmland (38.5 percent) followed by Austria, the country in the European Union with the highest organic share (24.7 percent). Ten European countries reported that at least 10 percent of their farmland is organic.

Organic producers on the rise

Continued growth of processors and importers 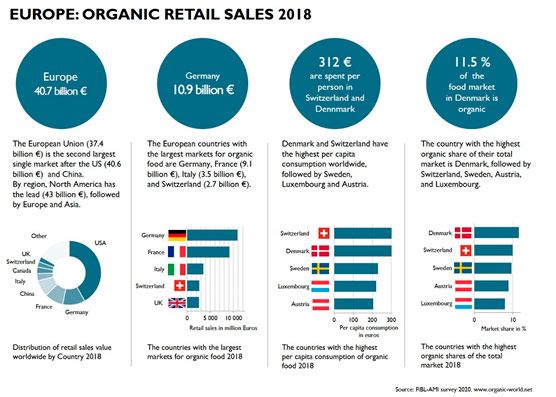 Steady growth of retail sales in 2018

The European market recorded a growth rate of 7.8 percent. Among the key markets, the highest growth was observed in France (15.4 percent). In the decade 2009-2018, the value of the European and European Union markets has more than doubled.

Denmark has the highest organic market share in the world

Globally, European countries account for the highest shares of organic food sales as a percentage of their respective food markets. Denmark is the first country to surpass the ten percent mark and has the highest organic share (11.5 percent) worldwide. Individual products and product groups hold even higher shares. Organic eggs, for instance, reach around 30 percent of the value of all eggs sold in some countries.