Globally, organic farming continues to grow and has reached wide acceptance amongst farmers, consumers, market actors, and policymakers. According to the latest available data (2017) almost 70 million hectares are under organic agricultural management, and this constitutes 1.4 percent of the global agricultural land. The organic market has grown to more than 92 billion euros. Figures already available for 2018 show that growth continues. 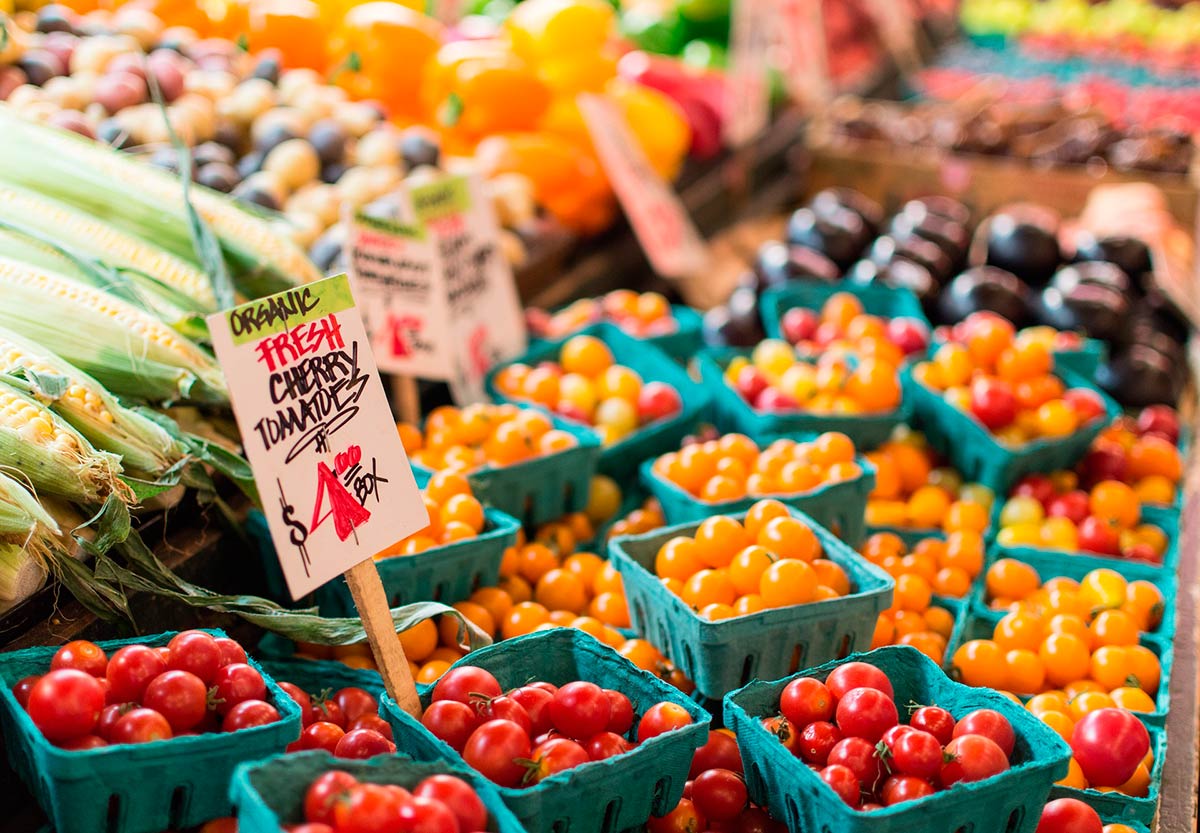 Organic farming, which emerged in the first decades of the past century (Vogt 2000), continues to grow globally and has reached wide acceptance amongst farmers, consumers, market actors, policy makers and the public in many countries. Organic agriculture has garnered increasing official attention and support in the past years, in particular since 2000.

The Research Institute of Organic Agriculture FiBL has been compiling and publishing data on organic agriculture based on national data sources and data from international certifiers annually since 2000. The data are published annually in a yearbook (Willer & Lernoud 2019) and online (FiBL 2019). According to the latest FiBL survey on certified organic agriculture worldwide, as of the end of 2017 organic food and drink sales reached 92 billion euros.

Current market trends observed over the past years include continued growth, rising organic market shares, increasing imports, and general retailers gaining importance as marketing channel. Other relevant developments are that organic area and market shares are increasingly used to demonstrate progress towards SDGs 2 (zero hunger) and 12 (sustainable consumption), and that, while organic data availability improves, many challenges need to be tackled.

Trend 1: Growth continues – US and EU the biggest single markets – China catching up

As in the past, in 2018, the countries with the largest organic markets continued to be the United States (40.6 billion euros), Germany (10.9 billion euros), and France (9.1 billion euros). However, a new trend is that China is gaining ground fast, due to rising consumer interest and food safety issues (8.1 billion euros). The global market, which was at approximately 92 billion euros in 2017, amounted to more than 95 billion in 2018 (based on data available at the time of writing) and all major markets showed growth again, some even double digit

Trend 3:  Imports on the rise

While there is little information on the amount of organic product imports and exports, it may be assumed that imports play an increasingly important role. In the European Union, the market is growing faster than the area of production. In Denmark, one of the major markets in Europe and one of the few countries that has import data; imports have been increasing by 180 percent between 2008 and 2017; and by 20 percent in 2016-2017 alone. It may be assumed that the trend is similar for the other big markets.

Recently, the European Union has published for the first time data on imports to the European Union, showing the imports in metric tons by country and product; the data is based on information from certifiers. As only the 2018 data are available, nothing can be said about trends yet. However, the data show that 3.3 million metric tons of organic products were imported and that a major focus was on feedstuffs, a lot of it from China and Ukraine. Furthermore, the imports of tropical fruit, mainly from Latin American countries, play an important role. The European Union plans to publish these data regularly from now on and it will be interesting to monitor the developments in the future (European Union 2019).

Figure 4 shows that the importance of the various retail marketing channels (excluding food service/catering) differs from country to country. In the past, countries with strong involvement by general retailers showed steady organic market growth (e.g., Austria, Denmark, Sweden, Switzerland, and the United Kingdom). France and Italy, however, are good examples of countries with strong market growth, where specialized retailers play a very important role. However, France is the only country among those selected, where all marketing channels enjoy equal growth.

In Germany, the market has entered into a transition period. Supermarkets have become the driving force in the market, whereas specialised retailers are facing more and more competition. While in 2014, 33 percent of all organic products were sold in organic food shops, this number decreased to 27 percent in 2018, when general retailers sold almost 60 percent of the organic food.

While data availability, data access, data variety and data quality have improved substantially since FiBL started its global statistics, there are a number of challenges related to organic data collection that need to be tackled. These include lack of data, irregular data collection, incomplete data, lack of common classifications, lack of common definitions, and inconsistent data. To improve the use of the indicators “organic area share” and “organic retail sales” by policy makers in order to assess the environmental performance of agriculture, higher quality data are needed. Better support for data collection from governments and international institutions could help to improve the situation.

The development of the organic sector, which has seen the continuous growth of the organic market and land under organic management, reflects the dynamic and innovative nature of organic food and farming in response to the expectations of policymakers and the demands of consumers for high-quality food production.

The author gratefully acknowledges support for the data collection on organic agriculture worldwide from the Swiss State Secretariat for Economic Affairs (SECO), the International Trade Centre (ITC), NürnbergMesse, the Sustainability Fund of Coop Switzerland and the European Commission in the framework of the OrganicDataNetwork project (2012-2014; grant agreement number 289376).