Not so long ago everything was so much simpler when it came to plant-based drinks. They were a niche product, sold mainly through the specialist health food trade. And they were notably uncontroversial. 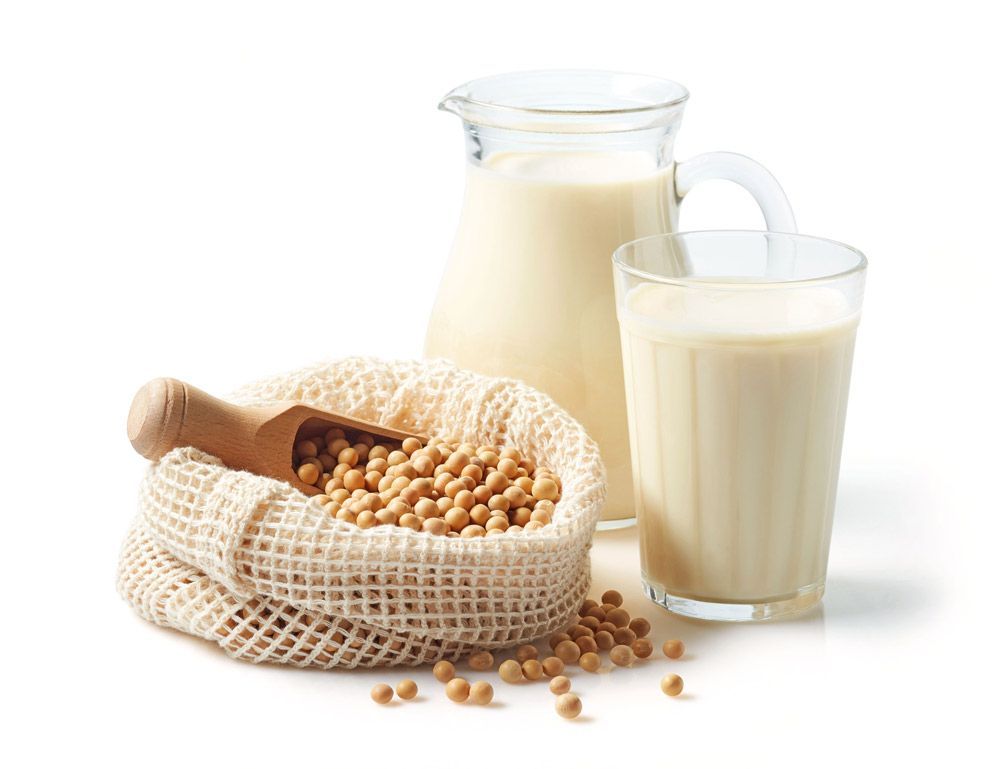 The rise of plant-based drinks

But when the free-from foods category exploded in the mid-2000s, plant-based drinks were propelled into the mainstream. Championed by health bloggers and growing ranks of ‘clean-eating’ enthusiasts, leading plant-based brands were suddenly in all the large supermarket chains, jostling for position with conventional dairy products, or in their own free-from fixtures. And soon, those same brands were battling it out in expensive advertising and TV campaigns.

In recent years plant-based drinks have repositioned again, riding the wave of a resurgent vegan movement, but also promoting a ‘better for the planet’ message. It’s a message that that resonates strongly with younger consumers who prioritise climate change benefits in their food choices, and it has helped widen out the consumer base for dairy alternatives enormously.

Small wonder that Big Food wanted a piece of the action in a category now dubbed ‘white gold’. Today, Danone, Unilever, Nestlé, Müller, Kraft Heinz and Arla Foods all have a stake in the multi-billion dollar global plant-based drinks industry. With the multinationals on board, market penetration has surged – Speciality Food magazine recently reported that 32% of UK households now buy dairy-free milk. And the CEO of French dairy giant Danone, Emmanuel Faber, has predicted that the company’s plant-based products could become as big as its multinational yoghurt business.

While small, independent brands – many with strong ethical and environmental credentials – still play an important role in the market, volume sales are now dominated by the big brands.

Big company involvement has brought with it a higher level of scrutiny of the sector. There are questions about the nutritional composition of plant-based drinks, and about the more obscure ingredients and additives some contain. The sourcing and provenance of ingredients has come under the spotlight too, as has the bewildering profusion of certification schemes. But the most fiercely debated issue currently is the environmental footprint of dairy alternatives.

While plant-based drinks today come in multiple variants – soya, rice, oats, almond, hemp, coconut and chia among them – soya has become a lightning rod for criticism directed at the sector. Much of the controversy around soya centres on the widescale deforestation of the Amazon rainforest. Huge tracts of pristine rainforest continue to be cleared and torched to grow soya for animal feed. But in a provocative intervention earlier this year, the influential Sustainable Food Trust claimed that the growing thirst for soya drinks specifically, was damaging the planet. Quoting a recent study by Nottingham University, which concluded that milk produced from dairy cows fed soya meal is a more sustainable use of land than producing human drink products directly from soya beans, SFT suggested that “vegans and others would do better to switch to milk from cows, and especially cows traditionally grazed on grass, if they want to help make a more sustainable planet”.

But plant-based drink brands say industry claims about its products’ positive environmental credentials are evidenced by a solid body of research. A major study by Joseph Poore and Thomas Nemececk drilled deep into the data comparing dairy and plant-based milk production. It found that in key metrics such as greenhouse gas (GHG) emissions, water use and land use dairy production has a substantially larger footprint than soya, almond, rice and oat milk. For example, dairy uses over ten times the amount of land as any plant-based milk to produce a litre of final product. The differences in water use are even more striking between the highest and lowest users, with dairy needing 628 litres of water to produce one litre of milk, compared to soya at 28 litres (almond milk on the other hand is comparatively water intensive at 371 litres). For GHG emissions dairy milk produced 3 kg CO2 or equivalent per litre of milk, with each of the four plant-based milks coming in at 1 kg CO2 or below. 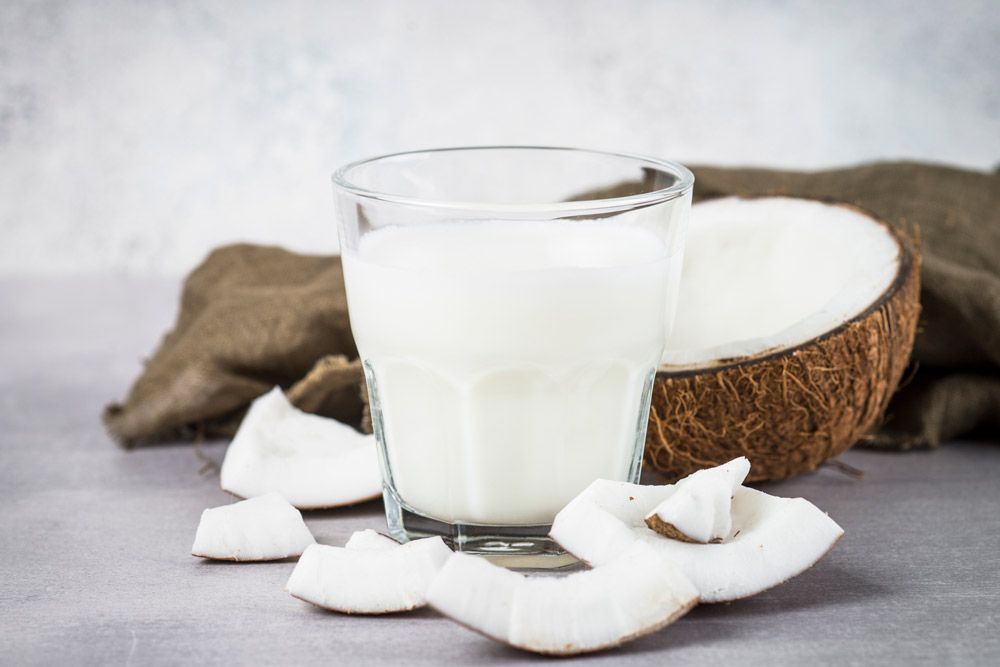 One of the issues that the dairy-alternatives industry has become increasingly alert to is where ingredients and sourced. This raises questions about how crops are grown but also about the sustainability of long supply chains. Partly because of pressure from environment groups, the major European-based brands say they now source the majority of raw ingredients from Europe, or the more sustainable alternatives.

Alpro, for example, says all its soya is rainforest and GMO free, and that the majority (60%) is grown in Europe, where its soya waste is converted into biogas. Its almonds are sourced from “small farms around the Mediterranean”, and all its oats are grown in Europe. Alpro’s organic offer however, is very limited and the company’s organic ambitions are mainly expressed through its sub-brand Provamel, whose entire range is organic and proclaims its short ingredients list. UK-based Rude Health, organic across the full range, also emphasises responsible sourcing. Its brown rice is grown in Italy, while its Sicilian sourced almonds come from water efficient, small organic suppliers. Major dairy players like Denmark’s Arla are also responding to the demand for organic plant-based options with more transparent sustainability credentials. Earlier this year it launched a trio of organic plant-based drinks under new brand JÖRD. As well promoting organic values, the brand talks up its distinctively Nordic ingredients and subtle taste profile.

What’s in the carton?

Which all leads finally to the question, ‘what’s in the carton?’. Here too, change is happening. Yes, some mass channel and private label brands continue to sneak in some less desirable additives under the guise of ‘natural flavours’ or ‘texture enhancers’ (some of these linked to digestive problems). But, overall, ingredients lists are getting shorter and ‘cleaner’. Unsweetened organic drinks sometimes contain as few as two ingredients, and increasing numbers of major brand products come in at around four or five simple ingredients – a whole world away from the ‘chemistry set’ ingredients lists of some of the easier products.

Ultimately it will consumers who decide the plant-based drinks industry’s future. If shoppers make sustainable, ethical choices at the checkout, the industry will continue to be guided in the right direction.

Organic Trade in and with North Africa

Organic sector in the pandemic: focus on health, rethinking Values, and a turn towards ecology

“Indian Organic Farming is gaining the Trust and Credibility for brands in Europe” –Rohan Grover, Director at Nature Bio Foods

The Directory of Organic Certifiers is Live

Still no solution for prohibiting patents on plants and animals

Seeds, the beginning of life! 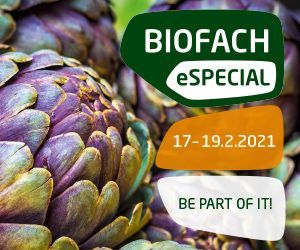 Organic sector in the pandemic: focus on health, rethinking Values, and...

How the Farm to Fork strategy and Organic Action Plans can...

“Indian Organic Farming is gaining the Trust and Credibility for brands...

Organic Trade in and with North Africa

Quo vadis, organic? – “We have a huge challenge that requires...