Plant-based food sector is a cornerstone to the ‘green transition’

Lauded by environmentalists and public health experts alike, this agile and innovative growth industry is seen by many as offering the best chance we have to wean populations away from the ecologically destructive food systems responsible for a global epidemic of chronic disease. As a result, plant-based sits at the heart of major food policy initiatives such as the EAT-Lancet Planetary Health Diet and the FAO’s Common Vision for Sustainable Food. A switch to plant-based proteins is also a cornerstone to the ‘green transition’ called for by the European Green Deal.

Until recently, ‘buy-in’ to plant-based solutions to the global climate and health crises appeared so complete that questioning them was almost unthinkable. But, suddenly, plant-based is coming under attack – and some of the loudest criticism is coming from within the natural and organic movement.

Long-term organic supporter and campaigner against factory farming, Joanna Blythman, warns of “a rise of righteous and vituperative plant-food evangelism”. Former Ecologist editor and anti-GM activist, Pat Thomas, claims that, that “vested interests, billionaire-owned think tanks and large corporations” are taking ownership of the plant-based food movement to “continue to hijack the sustainability agenda”. More widely, the natural food sector worries that a plant-based hegemony is emerging, that prioritises ‘techno-fixes’ over more traditional forms of agriculture and ways of eating.

What’s happening here? Why are natural allies now at loggerheads over a food category that has been a staple of the health food movement for decades?

To answer that question, we need to put the modern plant-based food industry into context. Vegetarianism has been a core ‘health food’ offering for as long as the health food industry has existed (well over a century). Veganism, a term coined in the 1940s, is a slightly newer addition to the mix. Vegetarian and vegan foods were also a staple of the more recent natural food scene, where their ethical and health benefits were seen as a good fit with organic and whole food principles. The fact that some early vegan products – the ubiquitous  ‘texturised vegetable protein’ (TVP), for example – were highly processed, was quietly accommodated. The products were mostly generic, and the specialist vegan brands that existed were small players, often independently owned.

Fast-forward to the 2020s and we see something very different. Today plant-based (the term that is now the dominant descriptor) is a food industry mega-trend, attracting astonishing levels of investment from multinational food businesses and private equity firms.

The climate crisis, health and animal welfare concerns – all amplified by the global pandemic – have combined to create a perfect storm for the plant-based food industry. And all of this is happening at exactly the same time that a food biotechnology revolution is taking place. The result: one enormous global market opportunity.

While a new generation of environment, health and ethics-focused start-ups lead on awareness-building – inspiring swathes of new vegan and plant-based diet followers – the fear is that multinational food brands are quickly taking control of the plant-based agenda.

The criticism of the plant-based food industry that has broken out recently tends to focus on three main areas: the perceived ‘corporate take-over’ of the sector, just mentioned; nutritional and health issues; and ecological impacts.

While a new generation of environment, health and ethics-focused start-ups lead on awareness-building, the fear is that multinational food brands are quickly taking control of the plant-based agenda

It is partly the rate at which money is being poured into the plant-based industry that is provoking concern (in 2020 alone US$2.2 billion was invested in the plant based space, half of all the capital investment in the industry since 1980). But the biggest concern is who is making the investment. As well as private equity firms, much of the money coming into the sector is from food industry multinationals and retailers – Nestlé, Danone, McDonalds and Starbuck’s, Unilever (offering over 700 vegan products in Europe) and Cargill among them.

With the bulk of investment money coming from big business, the plant-based food sector is shifting firmly in the direction of industrialised production and scalable technologies. As New Nutrition Journal editor Julian Melletin recently put it: “I get the impression that if you turned up to the private equity people with a business plan saying ‘I’m going to produce a highly processed, multi ingredient meat substitute’ they’d throw money at you because they believe that is competitive advantage. If I say ‘I’m just going make a burger made from plants, nuts, seeds’ – they’re not interested.”

Critics of this trend warn that what is going on is a re-badging of the ultra-processed food industry, with the term ‘plant-based’ conferring a convenient health halo. As the Belgian food policy expert Frédéric Leroy, comments: “The megaliths of the agricultural industry have stepped in, realising that the plant-based lifestyle generates large profit margins, by adding value to cheap raw materials such as protein extracts, starches and oils.”

Leroy is one many to claim that self-interest lies behind the very public backing from food multinationals for global initiatives advocating a planetary shift to a plant-based diet. He accuses these firms of “hiding behind the grandest talk of ‘ethical’ diets and planetary sustainability”. 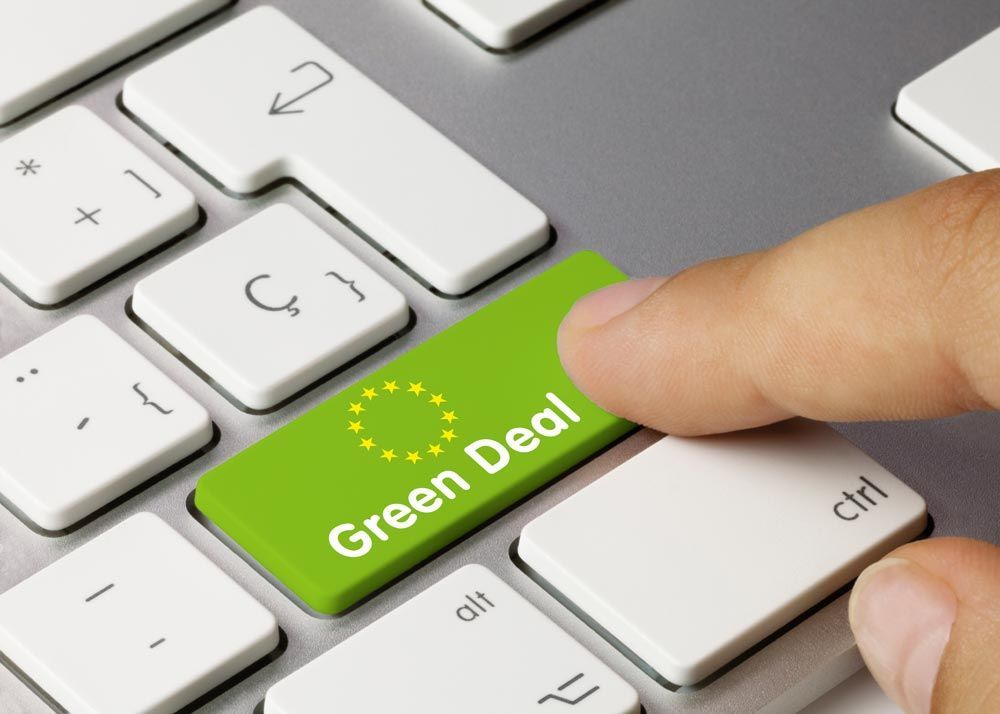 When Impossible Foods, one of the best known plant-based food companies in the world, exhibited its GMO-derived Impossible Burger at the Natural Products Expo West event in the United States there was an outcry from the natural products community. The biggest concern was that a product manufactured using genetic engineering techniques was being exhibited at a trade show for ‘natural’ food. But the incident also highlights the plant-based industry drift towards the techno fix approach, and how that, in turn, attracts more investment (last year, funding of Impossible Foods stood at $1.5 billion).

Dr Robert Verkerk, scientific director  of the Alliance for Natural Health International, warns that if ‘Big Ag’ takes control of the plant-based agenda it will seize the opportunity to perpetuate environmentally destructive intensive mono-cropping. He argues that how we eat is as important as what eat: “We should be eating foods from regenerative agricultural systems, minimising or avoiding their processing, eating them fresh, fermented in a timely manner, not crucifying them with excess heat, so generating carcinogens”.

Joanna Blythman also questions the health arguments made for plant-based foods, if the majority are ultra-processed. She argues that “the big vegan revolution does nothing to offset the ‘obesogenic’ environment. “Vegan junk food is becoming ever more commonplace, piled full of sugars, or mechanically refined carbs,” she claims.

“We should be eating foods from regenerative agricultural systems, minimising or avoiding their processing”

Meanwhile, groups such as the Sustainable Food Trust (SFT) – led by organic farmer, Patrick Holden, says that the environmental case for a global switch to a plant-based diet is simplistic, and often reduced to a ‘plant-based good, meat and dairy bad’ mantra. SFT argues that, in many parts of Europe, there is now a “dependence on imported protein, which is produced at a high environment cost”. It has argued, controversially, that “vegans and others would do better to switch to milk from cows, and especially cows traditionally grazed on grass, if they want to help make a more sustainable planet”. International animal welfare group Compassion in World Farming also favours “restoring animals to pasture in well-managed, mixed rotational land” over “chasing high-tech alternative solutions”.

There are warnings too that current plant-based focused policies fail to recognise  the needs of emerging nations, and risk disadvantaging small-scale, traditional farming.

A lot of criticism, but is it all fair?

The charge sheet, then, is a long one. But is all of this criticism fair and valid? Is it not, in part, an attempt to protect practices that many independent climate scientists say are accelerating climate change? Is it naive to think that changing food and farming systems on the scale that is going to be needed can be done without the involvement of big business?

Earlier this year Vegconomist posed these very questions in an article titled ‘Large multinationals are conquering the vegan market. Good or bad thing?’. Paula González Carracedo, founder and CEO of Madrid-based The Vegan Agency told the vegan business magazine that her opinion on the subject was “divided between heart and head”. She explained: “The pragmatic part tells me that it is good news that the same companies responsible for the decline of the planet and the death of so many millions of animals are taking steps towards veganism and a better world for all.” She believes the involvement of big brands helps “democratise plant-based’s reach”, but says she is also “very concerned about the type food quality” these companies will offer, and worries about their record on labour inequalities and the environment. Cristina Rodrigo, country manager of ProVeg International in Spain argues that switching globally to food systems that are more sustainable, resilient and functional will be “impossible without asking companies and organisations to review and improve their approach”. She adds: “We have to bring companies like Nestlé and Unilever into this change, regardless of their history”.

It seems unlikely that these two very differing views of the plant-based food industry can be reconciled easily. And this illustrates the tensions that sometimes exist inside the natural and organic space.

Finally, there is another issue that rarely gets the attention it deserves  – the important difference between a plant-based diet and plant-based food. When Michael Pollan summarised the advice in his book Food Rules as “eat food, not too much, mostly plants” he really was talking about plants, not the “edible food-like substances (favoured by) the food-industrial complex”. To underline the point, in Food Rule 19, Pollan writes: “If it’s a plant, eat it. If it was made in a plant, don’t”. That too may be an oversimplification (and difficult to achieve in the real world), but it is a health message that we shouldn’t ignore.