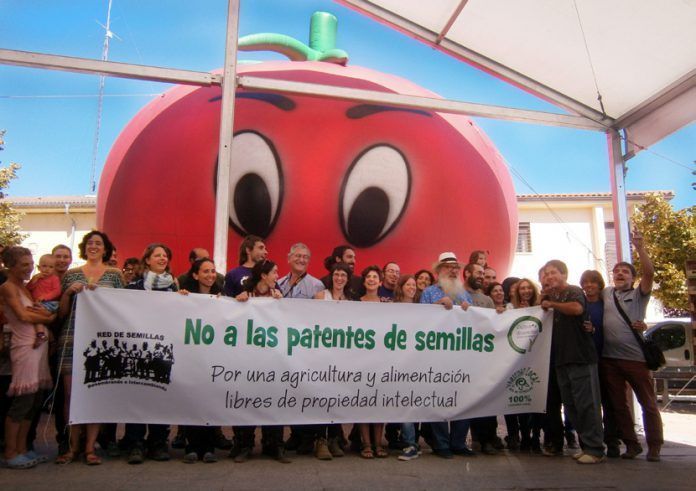 In a resolution backed by a large majority of its members, the European Parliament has taken a clear position against granting patents on plants derived from conventional (“essentially biological”) breeding. In its statement, it says that these plants, seeds, native traits or genes should be excluded from patentability.

Furthermore, plant breeders should not be blocked by patents from accessing biological diversity needed for further breeding. The members of European Parliament are further insisting that prohibitions in existing European patent law to exclude patents on plant varieties and conventional breeding, are not undermined by the kind of false interpretation currently followed by the European Patent Office (EPO). Not long ago, the EPO granted several patents on tomatoes, pepper and broccoli derived from crossing and selection.

The resolution also expresses concerns that patent monopolies are a threat to global food security and may hamper breeders in efforts to tackle climate change. The patents are seen as being against the interests of small and medium breeders. With this resolution, the European Parliament has reaffirmed a similar resolution from May 2012.

“The resolution very much comes down on the side of civil society organisations, who are demanding the exclusion of all breeding processes and breeding material, plant and animal characteristics, genes, plants and animals, as well as food derived thereof from patentability”, says Christoph Then for the international coalition of No Patents on Seeds! “Now it is up to the EU Commission and the European Governments to make sure the EPO acts accordingly.” 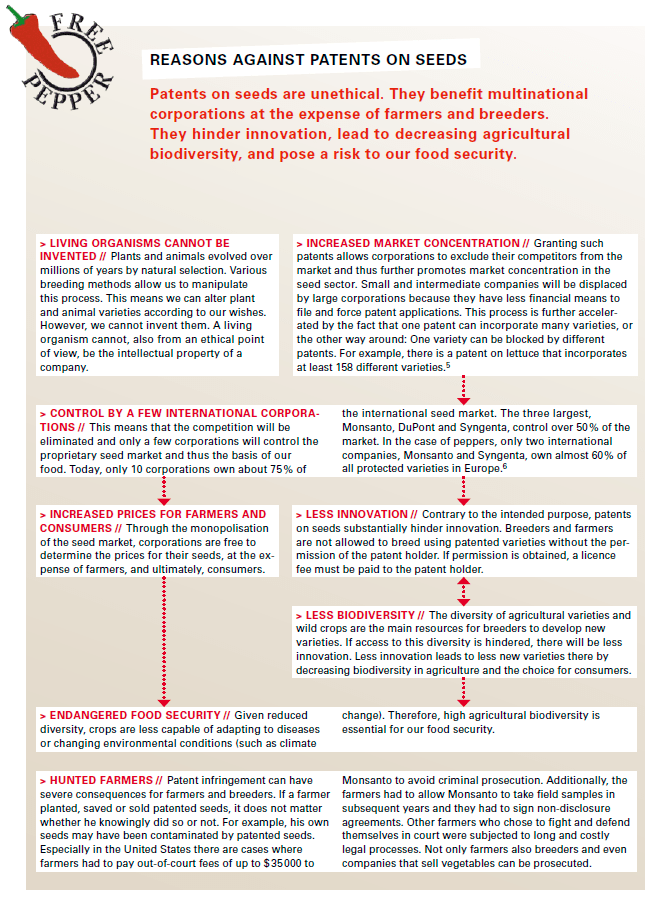 (Image: Figure 7 of the report. Some of the consequences of patents on plants (Source: Lebrecht & Meienberg, 2014)

No Patents on Seeds! is an international coalition of civil society organisations. It recently published a report containing an overview of patents granted by the EPO and a legal analysis. The report further highlights the need for more political action.

The call made by the international coalition No Patents on Seeds! to stop these patents has the support of several hundred organisations all over Europe. The coalition No Patents on Seeds! is supported by Arche Noah (Austria), Bionext (Netherlands), The Berne Declaration (Switzerland), GeneWatch (UK), Greenpeace, Misereor (Germany), Development Fund (Norway), NOAH (Denmark), No Patents on Life (Germany), ProSpecieRara (Switzerland), Red de Semillas (Spain), Rete Semi Rurali (Italy), Reseau Semences Paysannes (France) and Swissaid (Switzerland). They are all calling for a revision of European Patent Law to exclude breeding material, breeding processes, plants and animals, their characteristics, their genetic components, the harvest and food derived thereof from patentability.