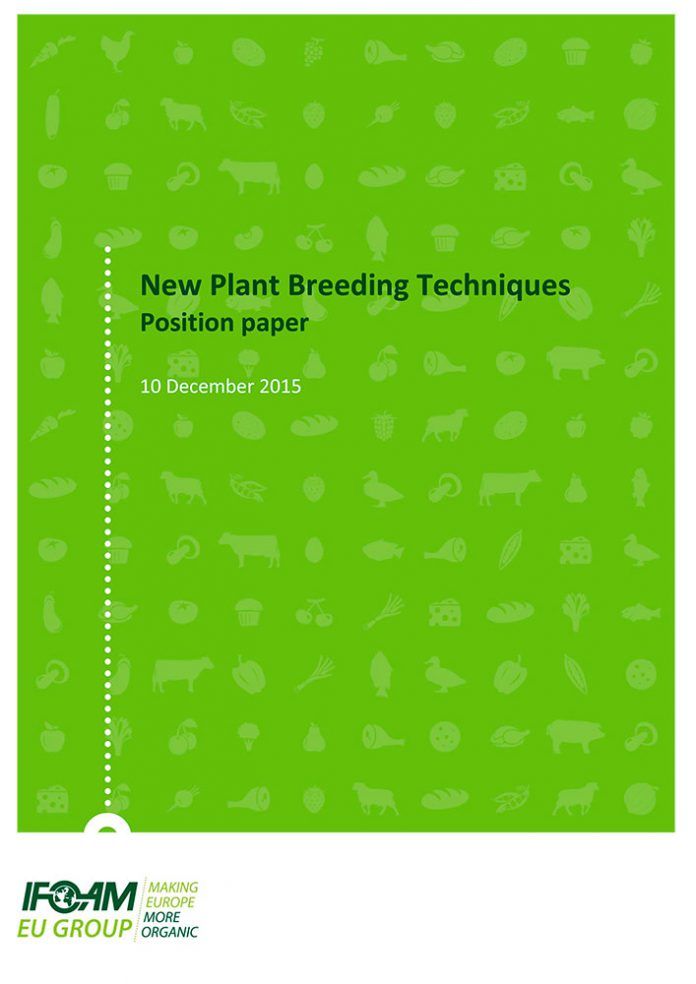 IFOAM EU has published a position paper on new genetic engineering techniques, ahead of the legal interpretation of the European Commission, expected by March 2016. The European organic food and farming sector considers that there are no legal or technical reasons to bypass the GMO legislation and to exempt these new breeding techniques from risk assessment and other legal requirements that apply to GMOs, and warns of severe economic consequences if some of these techniques are deregulated by the European Commission.

“New techniques bearing the same potential risks as the GMOs currently on the market should not be used in organic farming nor released into the environment, even less be exempted from risk assessment and traceability”, warns Christopher Stopes, IFOAM EU President.

“Any attempt to exempt these new genetic engineering techniques from risk assessment, traceability and labelling would create havoc on the food, feed and seeds markets, and would backfire like the attempt to introduce GMOs in Europe backfired 20 years ago”, adds Thomas Fertl, IFOAM EU Vice-President.

“The Commission could let consumers and the market decide, but the right to choose can only exist if there is a traceability and labelling system in place, like for currently labelled GMOs. Without traceability, it would be impossible to know if and where such products would be in the environment and in the food chain”, he adds.

“We need innovation in the plant breeding sector and new agronomic approaches that make the most of the diversity of plant genetic resources, but innovation does not have to resort to genetic engineering techniques that can lead to unpredictable side effects, and whose benefits will mainly go the companies that will market them”, adds Eric Gall, IFOAM EU Policy Manager.

The so-called “new plant breeding techniques” addressed in the position paper, such as cisgenesis or CRISPR/Cas, interfere at the sub-cellular and genomic level. Therefore, IFOAM EU considers that they would not be compatible with the principles of organic farming and that they should not be used in organic farming.

Deregulation of new breeding techniques would threaten the freedom of choice of breeders, farmers and consumers. If some of these new techniques are excluded from the scope of the legislation on GMOs, the organic sector would face a situation where genetic modification techniques excluded from organic farming could be released into the environment and the food chain while being exempt from any traceability and labelling requirements.