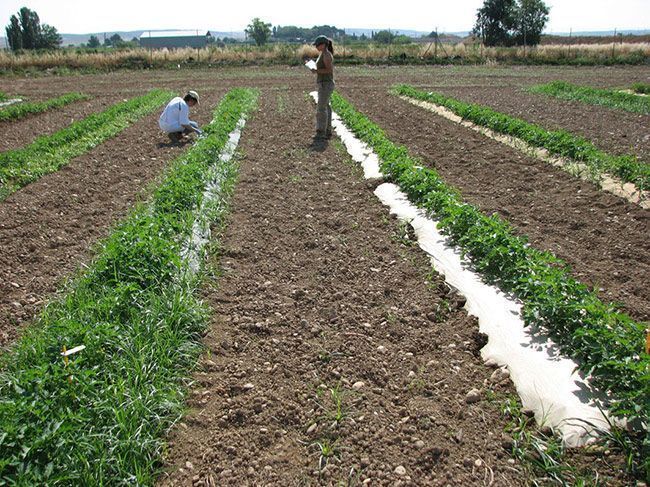 IFOAM EU, Brussels, 26 April 2017 – As new research shows how organic farming can contribute to reduce greenhouse gas emissions (GHG), organic farmers call on MEPs not to let the agriculture sector off the hook in the fight against climate change.

In the upcoming days both the Agriculture and the Environment Committee of the European Parliament will vote on the ESR (Effort Sharing Regulation) and LULUCF (Land use, land-use change and forestry Regulation).

The Commission’s proposal on the ESR requires only little action from the agriculture sector. Increasing the level of ‘flexibility’ from 280 Mt to 450 Mt of CO2 would de facto exempt the agriculture sector from any effort to reduce emissions by 2030. Meeting the climate neutrality objective of the Paris Agreement would require net zero emissions from all sectors around 2050. But with existing policies  agriculture emissions are expected to only reduce by 2.3% by 2030, and are expected to represent one third of all EU emissions by 2050.

Eric Gall, IFOAM EU Deputy Director and Policy Manager, said: “With the CAP up for review and as Member States are expected to deliver their long-term plans on how to meet the Paris Agreement objective of climate neutrality, it would be a huge mistake to exempt the agriculture sector from any action by 2030, and a disfavour to farmers who are the first impacted by climate change. Without a clear political signal to reduce emissions by 2030, action, learning and investments in sustainable farming practices will simply be delayed.”

A new report ‘Organic Farming, Climate Change Mitigation and Beyond. Reducing the Environmental Impacts of EU Agriculture’ produced by IFOAM EU and Research Institute of Organic Agriculture (FIBL) highlights organic agriculture’s potential to mitigate and adapt to climate change. It also underlines the importance of adopting a systemic approach also including consumption to reducing all the environmental impacts of agriculture.

Adrian Müller, senior researcher at FIBL said: “Our research shows that a progressive conversion to 50% of EU land under organic farming by 2030 would offer a mitigation potential of 23% of agricultural greenhouse gas emissions through increased soil carbon sequestration and reduced application of mineral fertilisers. It would moreover reduce energy use for the production of synthetic fertilisers, equivalent to a further reduction of 9% of agriculture emissions, and would provide many other environmental and animal welfare benefits, as well as successful adaptation strategies to cope with the impacts of climate change.”

A vote on the ESR is expected in the Agriculture Committee on 3 May. The Environment Committee will vote on its amendments to the ESR on 30 May.