NATEXPO, the international trade show for professionals from the organic sector, is henceforth to be held annually, and will be organised every other year in Lyon to support the development of the organic market and offer better representation to organic production regions all over France.

Following the 2017 edition, to be held on 22, 23 and 24 October at Paris-Nord Villepinte, NATEXPO has thus scheduled a new event at Lyon Eurexpo on 23 and 24 September 2018. Just like the Paris show, this new gathering will be organised by SPAS Organisation, the specialist in trade shows and exhibitions dealing in wellness, organic products, health, natural goods and sustainable development.

The NATEXPO trade show, owned by NATEXBIO (the French organic sector association) was historically organised on a two-yearly basis, bringing together all professionals from the various sectors of the organic market: food, cosmetics, health food, home and personal products and services, ingredients, and services for retail. The show draws 12,000 trade visitors and more than 650 exhibitors from France and further afield.

An annual show to accompany the growth of the organic market

This new calendar comes in response to the outstanding development observed on the market (21% growth in 2016 for organic foodstuffs) and will enable professionals to better monitor changes in market offerings and discover new trends and a wide array of innovations. The market for organic food more than quadrupled in size between 2005 and 2016, rising from approximately 1.5 billion to more than 7 billion euros. In the space of merely a year, from 2015 to 2016, household spending on consumer goods for the home increased by nearly €1.23 billion! (Source Agence BIO)

The reflection of a highly innovative market

This historic growth is consistent with the proven vitality of organic firms. These manufacturers of organic food products in France are particularly innovative: more than half of them launched a new product in 2015 and 2014. They also display a remarkable state of health, with their investment rising by 80% in 2014 and by a further 50% in 2015 in comparison with 2014. (Source : NATEXBIO / ASTERES)

NATEXPO represents an unmissable meeting place at which to gain exclusive access to all of the future star products on the organic market. It attracts thousands of visitors from France and abroad. The show constitutes an exceptional opportunity for all domestic and foreign buyers and decision makers to discover all of the market’s new products in a single venue. 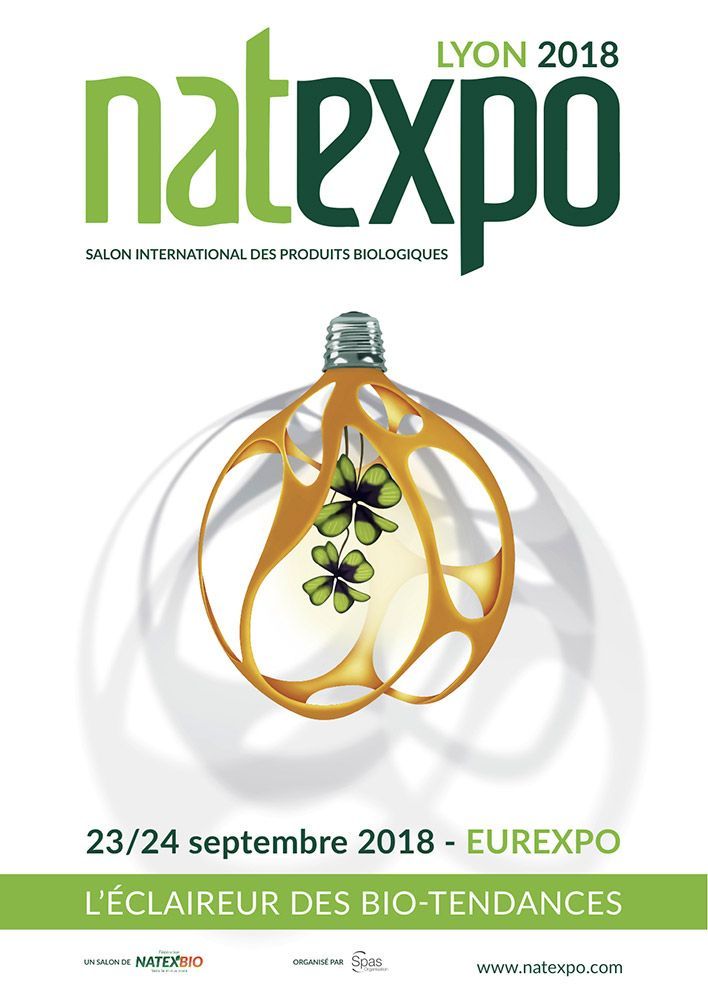 In addition to its Paris edition, NATEXPO will now be additionally held on alternate years in Lyon, a leading European city located at the heart of a major region for the organic sector.

Both upstream and downstream sectors are represented in the city, situated close to some of the most major organic production sites in France. Through Lyon Eurexpo, this attractive regional capital also boasts all of the required infrastructure to host an international-scale show such as NATEXPO.

Benoît Soury, Chairman of NATEXBIO states: “The consumption of organic products is witnessing unprecedented growth. Professionals need to come together to stay in tune with the market, talk to each other, learn about the latest trends and new products on the market, and so on. Growth in the organic sector has shifted up another gear and NATEXPO must naturally reflect this development to enable professionals to continue to fulfil consumer needs and grow their business. Holding one show every two years would no longer be a sufficient solution to meet the very high demands of this market.”

Patricia Berthomier-Massip, President of SPAS Organisation, adds: “We believe that holding NATEXPO every year is absolutely crucial. This is because the show is currently enjoying increased success and we are going to be able to enlarge our audience by holding it in Lyon for the first time, starting next year. It will attract new exhibitors from France of course, but also from abroad. At the last NATEXPO, we welcomed visitors from 76 different countries. By organising the show every year, we will reinforce the standing of NATEXPO on the European circuit.”