There’s a good outlook for the international organic food industry – both in Europe and worldwide. European and international markets remain on a growth track. Experts currently put global revenues above USD 95 billion; Europe accounts for more than EUR 33 billion. 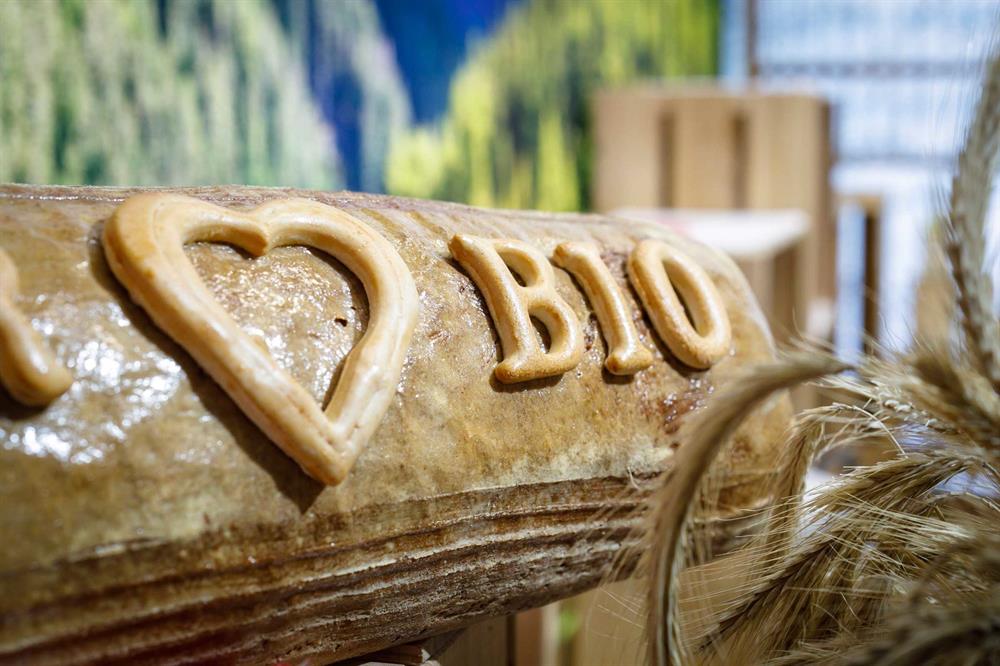 The market is now growing very vigorously in many European countries: Germany has surpassed EUR 10 billion, the French market has doubled in five years, and Denmark is expanding its lead further with a market share of 13.3 per cent for organic foods, making it the organic leader in Europe. Excellent signs, then, for BIOFACH, the gathering place for the world’s organic sector and the world’s leading trade fair for organic food, which will be holding its next iteration from 13-16 February 2019.

Over 2,900 exhibitors and more than 50,000 trade visitors are expected at the Nuremberg Exhibition Centre

“Global revenues for organic foods remain on a growth track. Initial estimates place them at more than USD 95 billion for 2017,” notes Amarjit Sahota of the London market research and consulting firm Ecovia (formerly Organic Monitor). And he adds, “we’re seeing lively growth in North America and Europe, but the Asian market is also catching up fast.”

Europe is the second-largest market for organic products, after North America. There revenues for organics gained 11.4 per cent in 2016 to reach EUR 33.5 billion, according to the figures presented jointly at BIOFACH 2018 by IFOAM – Organics International, Switzerland’s Research Institute of Organic Agriculture (FiBL), and Agrarmarkt Informations-Gesellschaft (AMI), headquartered in Berlin.

The German organic sector enjoyed revenues of more than EUR 10.04  billion in 2017. Europe’s most heavily populated country once again logged the largest single figure for sales in absolute value, followed by France. The revenue gain from the prior year was 5.9 per cent. Conventional food retail grew an above-average 8.8 per cent. Natural food retail, which holds a 29 per cent market share, grew 2.2 per cent. Total area devoted to organic agriculture in Germany in 2017 was about 1.4 million hectares – up 10 per cent from the year before. That means that currently 8.2 per cent of all usable agricultural land is being farmed organically. (BÖLW)

The French market for organic food has been on an uninterrupted growth trajectory for years. According to the government’s Agence Bio, the 2017 gain was 17 per cent, reaching EUR 8.3 billion (including institutional food service). That has been encouraging more and more farmers to convert to organic methods. The curve has pointed steeply upwards since 2014, so that most recently, including newly converted fields, 1.78 million hectares are under environmentally friendly cultivation.

Moreover, organic farming is proving to be a real job engine. Between 2012 and 2017, organic farming and further processing created some 50,000 new jobs. That’s equivalent to an annualised gain of 9.5 per cent. The total number of jobs in organics in France, both farming and processing (excluding retail), came to 134,500 at year’s end. So one out of every eight jobs in the agricultural segment is now organic. For comparison: in Germany the figure is one in every ten. (Agence Bio)

In 2017 Denmark further expanded its lead over every other country in the world, adding 23 per cent in revenues to achieve a fabulous 13.3 per cent market share – far ahead of Germany (5.4 per cent) and France (4.2 per cent) and about nine times the figure for the UK. This represents a major success not only for consistent supportive government policies that have held firm for about three decades, but also for everyone involved in the market. The Danes are fondest of organic rolled oats. Those alone have a market share of 52 per cent, followed by carrots (42 per cent), eggs (33 per cent) and milk (32 per cent). Revenues in 2017 soared a full 31 per cent to the equivalent of EUR 1.6 billion – for the first time also including online sales. That’s in addition to a further EUR 322 million in Danish organic exports of milk and milk products, eggs, meat products, fruit, vegetables and other products. (Organic Denmark)

United Kingdom: Growth from a low base

The economic and financial crisis of 2008 temporarily slowed down growth in the UK organic market. Now the market has returned to encouraging growth rates. Segment growth in 2017 was 6 per cent, and organic revenues were EUR 2.5 billion. (Soil Association)

Consumption of organic foods gained 6 per cent in 2017. Organic farming profited from lively demand and grew 8.8 per cent during the same period, representing an increase of about 83,000 hectares. Organics’ share of the general foodstuffs market in Belgium has doubled since 2008 and is now 3.4 per cent. (Statbel – la Belgique en chiffres/ Bio Wallonie)

“Organic revenues in the Netherlands passed the EUR 1.5 billion barrier for the first time in 2017,” said Bavo Van den Idsert, joint publisher of the “Bionext Trendreport 2017,” which publishes current figures for the organic industry. The gain from the prior year was 5 per cent, driven primarily by the fresh-foods segment. The area devoted to organic farming expanded 7 per cent in the Netherlands; the number of organic farmers increased 10 per cent, according to the report.

The lion’s share of revenue in the organic sector, at 51.5 per cent, was generated in conventional retail, followed by specialty retail at 21.5 per cent. Institutional food service accounted for 20 per cent, and 7 per cent came from other marketing channels. According to the organic monitoring organisation SKAL, area under organic cultivation came to nearly 70,000 hectares. (Bionext/ SKAL)

Italy: Growth across a broad front

On the heels of growth rates of around 18 per cent for the past three years, the revenue gain in Italy for 2017 was still 10.5 per cent. Retail revenues, according to Italian market research and consulting firm Nomisma, came to EUR 3.5 billion, including the EUR 415 million institutional food service segment. Organic exports are also highly significant in Italy, reaching EUR 2 billion in 2017. Field area also made gains, growing 6.3 per cent; 1.9 million hectares are under organic cultivation. Thus Italy ranks number 2 in Europe, after Spain, in area under organic cultivation, at more than 2 million hectares. According to the Italian Ministry of Agriculture, the number of organic farmers was 66,773, a 4 per cent gain. (Nomisma/ Federbio)

Austria and Switzerland: Organic still on the uptrend

Italy’s neighbours Austria and Switzerland are also seeing steady momentum in demand for organics. According to the Austrian marketing agency AMA, sales of organic food products in Austria totalled about EUR 1.8 billion in 2017. That’s a 12 per cent increase from 2016. Three-quarters of all organic products are sold by conventional food retailers, 18 per cent by specialty retailers or directly at organic farms, and 6 per cent by food services. Organic products account for 8.6 per cent of all food retail sales. Austria has more than 23,000 organic farmers. (AMA)

Sales of organic products grew 8 per cent in Switzerland, to EUR 2.3 billion. Market share rose from 8.4 to 9 per cent. According to the media office of Bio-Suisse, the market share leaders were eggs, at 27 per cent, and vegetables, at 23 per cent. The highest-revenue sellers were milk products and cheese. The number of organic operations grew to about 6,900 (Switzerland and Liechtenstein combined). Organically farmed land area grew to 14.4 per cent. (Bio-Suisse)

“The Polish market for organic foods is growing, and consumers are looking for a broader range of products,” explains Polish organic expert Karol Przybylak, publisher of the Bio-Kurier trade journal. Industry observers estimate the market there at roughly EUR 250 million. However, the sector also faces challenges. BioFamily is a new retail player in the market, opening three stores with more than 100 m² of sales floor space. Poland has a total of about 800 natural food specialty shops to serve interested consumers around the country. The biggest organic retailer among the specialists is Organic Farma Zdrowia, with 32 shops in twelve Polish cities. Conventional retail is offering more and more organic products, and here retailers like Biedronka and Lidl are coming to play a bigger role. In 2017, Poland had 795 producers of organic foods and 15,740 organic farms, according to the experts.