On 20-21-22 October later this year, buyers and decision makers from the French and international organic sector are set to meet up at the Paris Nord Villepinte Exhibition Centre for the 2019 edition of NATEXPO. Seven months ahead of its opening date, all the figures indicate that international professionals will be out in force at the reference event in their business sector.

More than 250 exhibitors at this edition come from outside France; and the surface area occupied at Natexpo 2019 by non-French companies is up by 40% compared with the last Paris event. 16 countries are already represented and Natexpo will be welcoming certain national pavilions for the first time.

As the must-attend trade event for the organic world, NATEXPO offers an opportunity to get a wide overview of the hottest trends in a fast-growing organic market and discover the latest developments in organic products from all over the world in every sector: food, cosmetics and hygiene products, health food and dietary supplements, ingredients and raw materials, household and personal products and services and services and equipment for retail.

With 1,000 exhibitors and more than 15,000 visitors expected, NATEXPO is the imperative organic event for Autumn 2019, both for French professionals and for international firms wishing to develop their business on the French market. 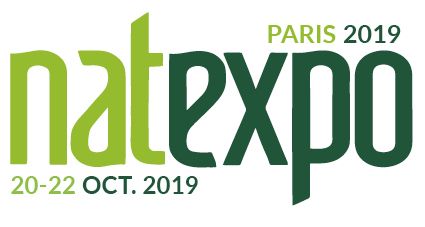 Organic goods are meeting with constantly-growing success all over the world, leading to substantial trade opportunities, especially in the organic food area. Since 2004, the European Union organic food market has recorded average annual growth of 10.5%, amounting to €36.5 billion in 2017. (Source: Organic World 2018.) According to the latest available figures for international markets, France was the third largest organic market in the world in 2016 (Source: Organic World 2018 – figures for 2016).

French firms sold €707 million of organic products abroad in 2017 (+12% compared with 2016). Wine represents 59% of French organic exports by value. Other sectors developed in 2017: these include sweet and savoury groceries (+€59 million) and cider and beer (+€11 million). (Figures from Agence Bio.)

The reputation of NATEXPO is spreading all over the world. Sixteen countries from Europe, North and South America and Asia are already represented at the show. Professionals in attendance will this have the chance to develop business ties with firms from Austria, Belgium, Canada, Germany, Greece, Indonesia, Italy, Luxembourg, Monaco; the Netherlands, Peru; Portugal, Spain, Switzerland, Taiwan and the United Kingdom. This year’s contingent includes the debut participation of exhibitors from Indonesia.

In addition, demonstrating their belief in the appeal and vitality of the French market, seven countries have decided to organise national pavilions: these include The Netherlands, Peru, Canada, Austria, Belgium and Italy. The pavilion representing Italy will be twice as large as the country’s pavilion at the previous edition.

At the heart of the show, the “Import / Export Office” will offer professionals expert advice on the levers to activate to develop their foreign trade: regulations, packaging, certification, expectations of targeted markets, etc.

Already featuring the biggest names in the international organic
sector