A broad coalition of over 30 organizations backed by over 5.000 individual supporters have filed an opposition against a patent on salmon and trout (EP1965658). They are asking for the patent to be revoked in its entirety since they do not consider it to be a technical invention but simply patented plagiarism. 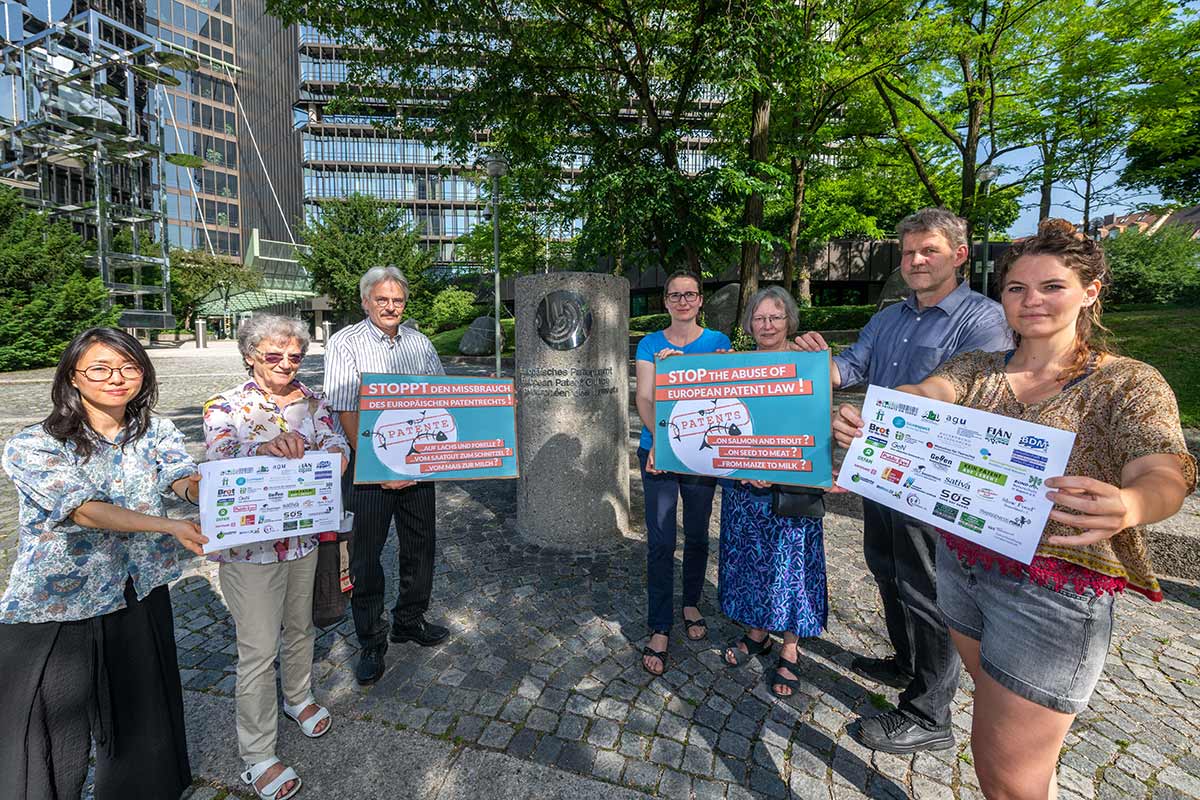 The patent claims salmon and trout reared with selected plants to increase the level of unsaturated fatty acids in their muscle tissue. These fatty acids are considered beneficial to human health. The selected plants used in the salmon feed include common wild herbs and flowering plants e.g. borage and species of echium, or others such as evening primrose (Oenothera biennis) and black currants (Ribes nigrum). However, there is nothing new about these plants showing naturally high concentrations of suitable fatty acids.

“The supposed ‘invention’ is no more than rearing fish in aquaculture with plants already known to be especially suitable. There is no inventive effort. Therefore, this patent is pure fake invention,” Johanna Eckhardt says from No Patents on Seeds! “The patent claims natural and biological phenomena for the production of animals which are explicitly excluded by European patent law.”

Patents on “essentially biological processes for the production of animals” as claimed in the patent are excluded by European patent law. However, the current situation at the European Patent Office is one of legal chaos: in December 2018, a decision made by the 38 contracting states that conventionally bred plants and animals could no longer be patented. This decision was retracted by the Board of Appeal because legally it had too many loopholes. As a result, the President of the EPO appealed to the highest judicial body of the EPO, the so-called Enlarged Board of Appeal, and requested clarification. This process has started (G3/19) but it is still unclear as to when and how the Board will provide this clarification. The representatives of the 38 contracting states were meeting at the EPO in Munich. No Patents on Seeds! asked for meeting with the delegates, which was not permitted. However, industry and the lobby organization of the patent attorneys are invited observers.

No patents on seeds! is calling for politicians to take responsibility and to change the law if necessary. In future, it should be made impossible to grant patents on conventionally bred plants and animals. It is feared that these patents will primarily serve the interests of large corporations, such as Bayer, who will ultimately take control of agriculture and food production.

Summary of the opposition

Background: patents from seeds to meat