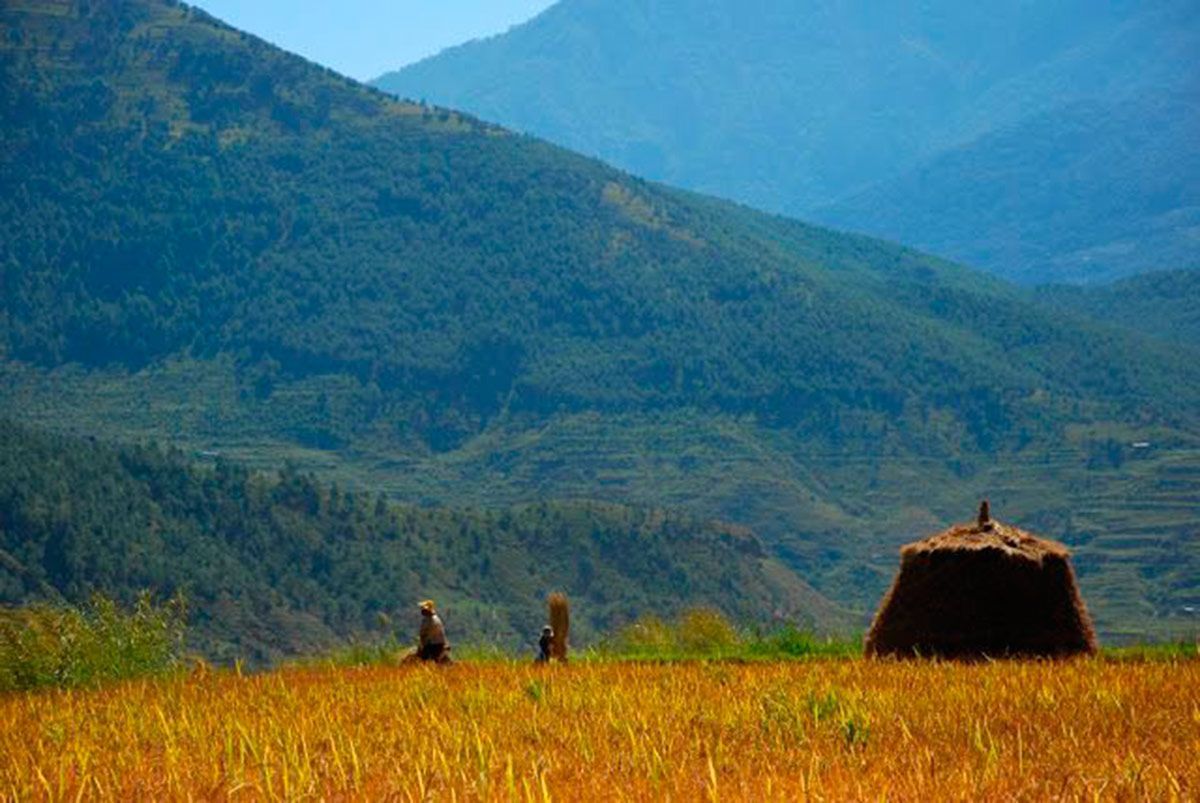 New Delhi, September 6th, 2019 – Today the UN Convention to Combat Desertification (UNCCD), the World Future Council (WFC), and IFOAM – Organics International convenes high-level speakers for an event at the 14th session of the Conference of the Parties of the UNCCD in New Delhi, India. The event highlights how agroecology and organic agriculture in India and the Himalayas enhance fertile landscapes, protect biodiversity, and improve the living conditions of local peoples. At the event, UN top officials, ministers, and former Chief Ministers underline the 100% organic agriculture goals that are critical for achieving land degradation neutrality.

Contributing to the objectives of UNCCD’s conference (UNCCD COP14), the event showcases innovative policies that support the much-needed transformation of food systems in India and the Himalayas, and thereby help achieve land degradation neutrality targets and improve the living conditions of people affected by desertification. Amongst the policies featured are Sikkim as the first 100% organic state in the world, which received the UN backed Future Policy Gold Award in 2018, and the 100% organic farming goals of Bhutan.

During the session, the World Future Council and IFOAM – Organics International also launched the study “The Mainstreaming of Organic Agriculture and Agroecology in the Himalaya Region. Policy Contexts in Bhutan, India and Nepal”, presents a follow-up of our efforts to showcase existing political support for organic farming and agroecology, and provides new insight into current institutional efforts and the limitations of mainstreaming sustainable agriculture across the Himalaya Region.

Research for this new study was based upon the synthesis of information and understanding acquired through interviews, desk research, and prior investigation conducted for the Future Policy Award on Scaling up Agroecology and the Global Policy Toolkit on Public Support to Organic Agriculture, published by IFOAM – Organics International in 2017. Access these guidelines via our website here.

“The transition to sustainable food and agriculture systems is critical for a sustainable future. Both Sikkim and Bhutan show with their 100% organic goals that such a transition is possible. UNCCD is proud to showcase, along with the World Future Council and IFOAM – Organics International, their leadership and political will towards achieving land degradation neutrality. We can learn many lessons from their exemplary actions on policy making,” says Ibrahim Thiaw, Executive Secretary, UN Convention to Combat Desertification.

“By scaling up organic agriculture and agroecology, it is possible to tackle malnutrition, social injustice, climate change, and loss of biodiversity. Through effective, holistic policymaking, we can transform our food systems so that they respect people and the planet. Sikkim proves that it is feasible – and how. Sikkim, Bhutan, and other Himalayan states are part of a growing movement pursuing organic farming and agroecology as an effective pathway for achieving the Sustainable Development Goals (SDGs) and delivering the entire 2030 Agenda. They show that achieving land degradation neutrality is no longer a pipe dream but can become reality,“ says Alexandra Wandel, Executive Director of the World Future Council.

“The Indian state of Sikkim was chosen for the 2018 Future Policy Gold Award because it is the first state in the world to become fully organic. It set an ambitious vision and achieved it, reaching far beyond organic farming production and proving to be truly transformational for the state and its citizens. Sikkim sets an excellent example of how other Indian states and countries worldwide can successfully upscale agroecology,” says Louise Luttikholt, Executive Director, IFOAM – Organics International.

The World Future Council (WFC) works to pass on a healthy planet and fair societies to our children and grandchildren. To achieve this, we focus on identifying and spreading effective, future-just policy solutions and promote their implementation worldwide. Jakob von Uexkull, the Founder of the Alternative Nobel Prize, launched the World Future Council in 2007. We are an independent, non-profit organisation under German law and finance our activities from donations. www.worldfuturecouncil.org

Since 1972, IFOAM – Organics International has occupied an unchallenged position as the only international umbrella organization in the organic world, uniting an enormous diversity of stakeholders contributing to the organic vision. As agent of change, their vision is the broad adoption of truly sustainable agriculture, value chains and consumption in line with the principles of organic agriculture. At the heart of IFOAM – Organics International are about 800 Affiliates in more than 100 countries.

The United Nations Convention to Combat Desertification (UNCCD) is the only legally binding international agreement on land issues. The Convention promotes good land stewardship. Its 197 Parties aim, through partnerships, to implement the Convention and achieve the Sustainable Development Goals. The end goal is to protect our land, from over-use and drought, so it can continue to provide us all with food, water and energy. By sustainably managing land and striving to achieve land degradation neutrality, now and in the future, we will reduce the impact of climate change, avoid conflict over natural resources and help communities to thrive. www.unccd.int