Home Latest Organic News Louise Luttikholt: «I think we are so much further than a couple...

Louise Luttikholt is the Executive Director of IFOAM – Organics International since 2018. Raised on a small family farm in the Netherlands, Louise studied biology and philosophy at the Utrecht University and she has extensive experience in organic agriculture, fair trade and international development cooperation. Her career has included work for Fairtrade International and the Swiss development organization Helvetas. 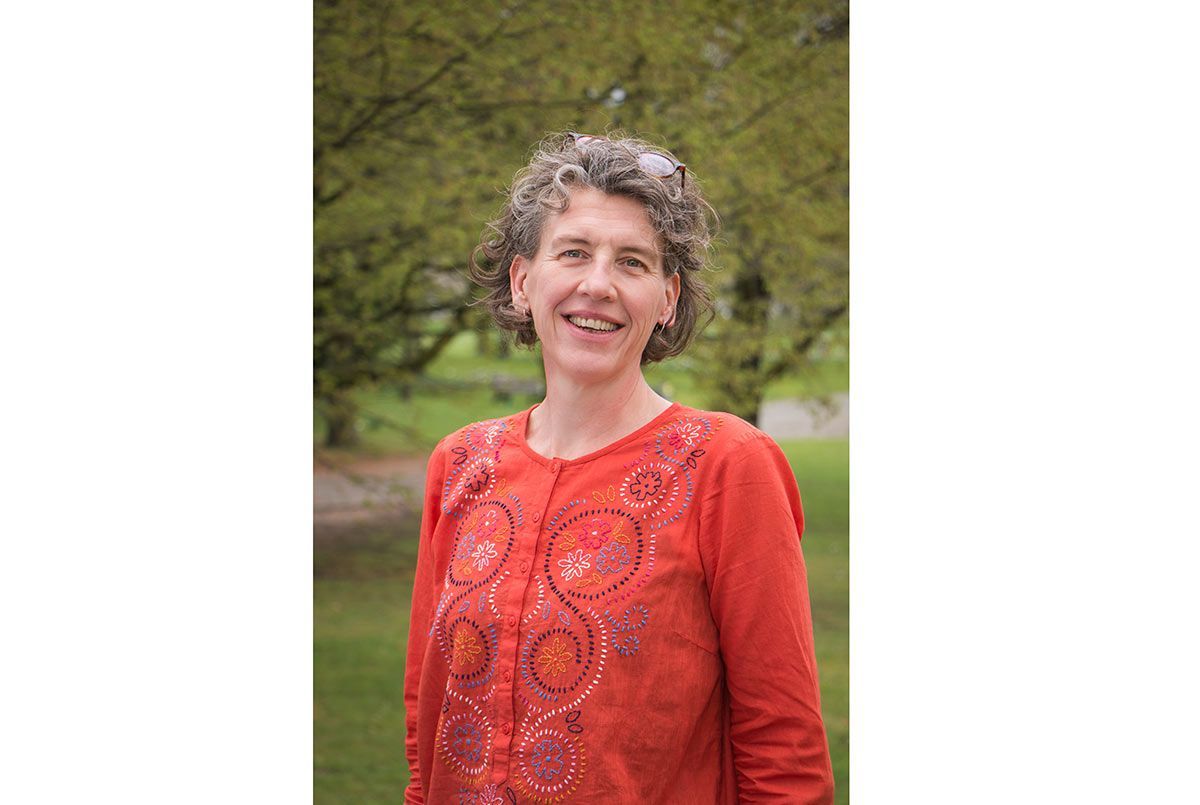 In which ways has the pandemic impacted organic?

A lot. We can see it in figures: sales went up. People cooked much more at home and they saw how food and health blend together. In terms of behaviour change this is, in a way good, because we know that behavioural change only takes place when people do things differently for more than 6 weeks. Now the pandemic has taken so long that people have internalised how important food and health is, how good homemade food is and how good sharing a meal is. So, the impact has gone beyond market figures.

Will we go ‘back to normal’?

Together with the Fairtrade movement we say: “what is actually normal? When we go back to something it should be fairer”. The organic sector has grown a lot because citizens in their role as consumers often think about the impact their food choices have and therefore buy organic. So far, we are actually dependent on the individual choices of consumers, whereas the context in which this takes place is still based on the old paradigm of unlimited (economic) growth, productivity, etc. We can only thank the initiatives of individuals who have moved the organic sector forward. But now we are at the point that we really need to change the (political) context.

“It’s no longer individual solutions, but it’s about the context in which we all can live together for a more sustainable future”

How to change it worldwide?

This year we have the UN Food Systems Summit, the event in which many people engage in discussions, dialogues, to find game changing solutions. IFOAM – Organics International has chosen to be part of this summit and I’ve been invited as an expert to join an action track. We were very careful in accepting this and we are also aware that this process could go in the wrong direction. Nonetheless, we think it’s important to be there. We don’t want to talk about game changing solutions only, we need to talk about the game changing paradigm. It’s no longer individual solutions, but it’s about the context in which we all can live together for a more sustainable future. We’ll talk about true cost accounting, the polluter pays principle etc It’s about finding a policy context in which farmers are enabled to do the right thing. I’m convinced that the majority of what we call ‘conventional farmers’ also want to do good, but they are forced in a corner due to the economic and policy context and it’s very hard for them to come out of that.

Do you think that the sustainable development goals of the UN are still achievable?

For me, an interesting tool is true cost accounting, it helps us understand the externalities of all our actions. For instance, I am so delighted by the judgement of the court of the Netherlands on Shell. If it’s not the governments themselves, citizens will stand up, NGOs will stand up and bring this to court. I think we are so much further than a couple of years ago.

“In the past it was very often challenging to convince governments. Now, it happens that governments ask us for input”

How has this changed the way IFOAM – Organics International- connects with decision makers?

In the past it was very often challenging to convince governments. Now, it happens that governments ask us for input. This changes our role, and also changes our language, because when somebody sincerely asks for your advice, then you are also in the same level of conversation.

Is it possible to scale organic up to what is needed in the upcoming years?

Yes, and I think what we need to be open about is that organic as we know it now might could change over the coming years. Just as organic looks different now than it was in the 70s. If I talk to my old aunt about organic, she still has this picture of a dusty little shop with some small apples, but now it is different. We also need to be open to maybe see how it changes our system of certification. There is always a need for  group certification: what it looks like, or what kind of tools would they use, we need all those inspectors, we use satellites…? And support, for instance, when we talk about small-scale intensive production: do we need a group certifier, can we move to more participatory ways? Or maybe, that would be my final wish, to flip it around, would we actually certify and need to control very clearly those who still think it is necessary to use pesticides?

The former Executive Director of IFOAM – Organics International , Gerald Hermann, is now working on digital audits and certifications. This could play a key role in the future?

Absolutely! There will definitely be circumstances where we need a digital or satellite approach. As an example, I am thinking of Kazakhstan and the thousand hectares there. How would an individual inspector ever check  that, and why would we ask a person to do it when we could do it differently? I also think the pandemic has taught us that we can be more appreciative of digital tools, and at the same time we know the limits of the tools. Our real world will not be digital but we can use these tools in a proper way.

“The pandemic has taught us that we can be more appreciative of digital tools, and at the same time we know the limits of the tools”

Is the organic movement at risk by t new players and resources that come from conventional markets, such as Amazon, entering the sector?

The strength of the organic movement is that it has grown and developed exactly because of the market. I don’t think they are necessarily polar opposites, what I think is that it’s something to watch. I have a lot of confidence in the pioneers and the pioneering initiatives that keep going. ‘Green’ now is not the same as it was in the 1970s, and this will continue to change and at the same time we want to invite other people to be part of our game. We also want to invite people into our way of thinking; it is imperative to be inclusive as time is so short. So what do they need? If we really want ‘green’ to be the norm, we also have to understand that we may have to change, that we have to have multiple languages to be able to appeal to various groups in our society. But the political context has to change. Amazon, I think, is a typical product resulting from a paradigm that we don’t want anymore. We need a paradigm shift. Amazon’s conceptions of “the sky’s the limit” and eternal growth undermines the sustainability of our planet.

How is IFOAM – Organics International working for organic development in Asia, Africa and South America?

We have a group in Asia that has a wonderful project working with mayors, and there many municipalities that want to be 100% organic. We work with IFOAM North America who tries to influence the US regulation directly, the market and making sure that group certification still is allowed in the US so the farmers from other parts of the world have market access. We have a group in IFOAM Latin America that is taking organic agriculture from a more agroecological approach. We have active groups in Africa that are currently working on a big project from the German government on how to spread the knowledge on organic practices with farmers. And IFOAM Organics Europe does excellent work with the European Commission on EU regulation and the CAP reform.

“We are working with those who are all marching in the same direction and we are able to focus on what we have in common, rather than the small differences we have”

We are making tools available for policy change. We now have a project called Food Policy For Change, in which we bring  decision makers together. How can Ecuador work with and learn from Uganda, for example. In this case, we are not talking about large development projects; we talk about individual decision makers who can talk to each other. This work is on a peer-to-peer level and, we bring these experiences to the international level.

Next year IFOAM – Organics International will celebrate its 50th anniversary. What are you planning on the occasion?

In 2022, and given that we are a global movement, the celebration will definitely be decentralized. We will invite all our members, all the activities that are organic to celebrate  50 years of IFOAM – Organics International.

Are you happy with the evolution of IFOAM – Organics International since you joined the organization?

I have been given a very ambitious agenda. I think we are still filling in parts of it. One major result is that we have reached out to so many like-minded movements. We are working with those who are all marching in the same direction and we are able to focus on what we have in common, rather than the small differences we have. That is a big achievement, not necessarily from me, but from the whole sector, how we work, how we present ourselves, the proposition that we have for the world.