Cocoa is a superfood that seduces with its flavour, healthy properties and the stimulating effect it has on our emotions, especially happiness. Maybe it’s for this reason that it’s the favourite sweet of a large part of the population, but what many consumers do not see labelled in the products when shopping is that cocoa production is often associated with overexploitation, environmental unsustainability and poverty. Striving to improve the quality of the products and the social justice around them, organic and fairtrade cocoa is emerging as an alternative that convinces every day more and more consumers.

Only after olives, coffee, grapes and nuts, cocoa is currently one of the most important permanent organic crops. In 2019, the organic cocoa area reached 363,706 hectares worldwide, representing 3.1% of total organic production, highlights FiBL in its latest report The world of organic agriculture (2021). Specifically, it increased by more than 42,000 hectares compared to the previous year. By region, Africa leads production, with 217,169 hectares and 60% of world production. It is followed by Latin America, with 146,114 hectares, and finally Asia with a total of 423 hectares. By country, the Dominican Republic leads production (with 89,623 hectares), followed by Sierra Leone (79,797 ha) and Congo (71,609 ha).

And there’s more upcoming: organic cocoa production is set to grow in the next few years: 4,474 hectares worldwide are under organic conversion. Ecuador, Nicaragua, Bolivia and Ghana stand out as the countries that are currently committed to the transition towards sustainable agricultural systems.

Cocoa is a popular commodity and its market is very diverse, as buyers source cocoa beans from different origins and of different qualities to cater for the broad demand of a diverse cocoa and chocolate industry. Cocoa market reached a volume of approximately 66.000 Metric Tonnes worldwide, FiBL points out. Simultaneously, consumption is constantly growing. According to a recent report by the Centre for the Promotion of Imports from developing countries (CBI), the world’s average chocolate consumption amounts to an estimated 0.9 kilogrammes per capita per year. Europe is the world’s largest chocolate manufacturing and exporting market, next to the United States, as European countries present higher consumption averages: in Germany the annual cocoa consumption per person is 11kg, while in Switzerland and Estonia it is 9.7kg and 8.8kg respectively.

Organic and Fairtrade cocoa: a response to an unsustainable production model

While cocoa cultivation is mainly found in the tropical regions of the South, most of the processing and consumption of cocoa products take place in industrialized countries. According to Fairtrade Ibérica reports, cocoa is grown in more than 30 developing countries and 14 million people worldwide depend on its production for their livelihoods.

It is estimated that 90% of the world’s cocoa production comes from small family-owned enterprises and cooperatives that grow cocoa on small fields of less than 5 hectares. Most of them are concentrated in Côte d’Ivoire, Ghana, Peru and the Dominican Republic. In these regions, production falls on on small producers who often work in conditions of inequality, injustice and exploitation.

Despite being a product in high demand, the price of cocoa beans has plummeted in recent years. Moreover, market access for small producers is difficult. All this leads to imbalances in the production chain that make cocoa a lucrative commodity. Producers earn on average only 6% of the final value of a chocolate bar, a tiny percentage of the sale value, Fairtrade International emphasizes.

Fairtrade was born to reverse this situation: to make cocoa farming more sustainable so that farmers can better support themselves and their families. It is a model that makes a difference in the lives of producers, guaranteeing economically and socially sustainable production systems, and ensuring a minimum price, below which cocoa cannot be bought or sold. It also supports fair remuneration, with a sufficient margin to live and work in decent conditions in the medium and long term.

This is evidenced by Fairtrade International‘s latest report. The data shows that from October 2019 to December 2019, farmers in Côte d’Ivoire earned $15.1 million more on their Fairtrade sales compared to conventional prices. And this is just one example. In 2018, a total of 323 farmers’ organisations, representing 322,363 smallholder farmers, were certified to produce and sell Fairtrade cocoa.

In addition, there has been a strong increase in sales of cocoa beans that are both organic and Fairtrade. That is, cocoa that is both socio-economically and environmentally sustainable: it is produced and processed using natural techniques such as crop rotation, biological crop protection, green manure and compost. Between 2014 and 2018, cocoa beans certified by both standards increased by 39% globally, amounting to almost 34 thousand tonnes in 2018.

Between 2014 and 2018, cocoa beans certified by both Organic and Fairtrade standards increased by 39% globally

AlterNativa3  has been offering fairtrade ethical products made from organic cocoa for almost 30 years. Founded in 1992, the cooperative produces and packages more than 20 tonnes of dry cocoa in its own processing factory in Terrassa (Barcelona, Spain). 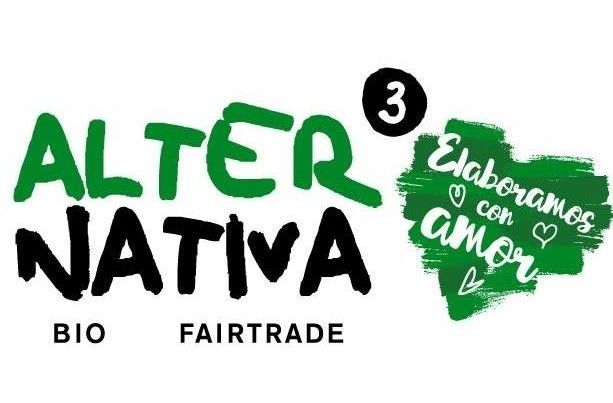 The cooperative’s daily work is based on the production of healthy products, without preservatives or artificial additives, taking the utmost care in the production process. To this end, the best raw materials are selected. They are grown in small cooperatives of local producers that are made up of women or disadvantaged groups. Specifically, for the production of cocoa, AlterNativa3 maintains long-term relationships with 8 cooperatives located in Africa, Latin America and Central America. In this way, and true to the essence of fairtrade, AlterNativa3 ensures a fair price for the production of cocoa beans and a sufficient economic margin so that the local producers can continue their activity and live in dignified conditions.

For almost 30 years, AlterNativa3 has been offering ethical products made from organic cocoa

AlterNativa3 offers a wide range of products made with EU organic and Fairtrade certified cocoa. In addition to its range of cocoa powder, its extensive catalogue is complemented by chocolate drops for melting and coating, as well as various chocolate bars made with cocoa from different origins, flavours and intensities. In this category, stand out the 60% cocoa with lemon and ginger, the 70% cocoa with cocoa nibs or the dark 58%, 70% or 85% cocoa mascao, for example.