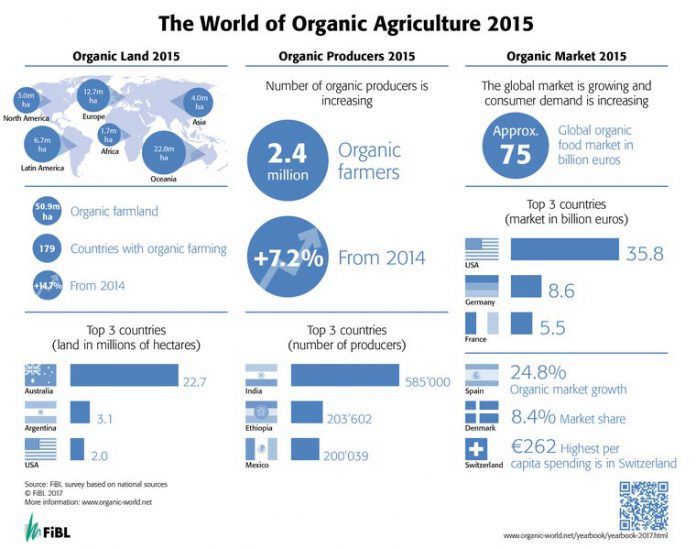 The latest global data on organic farming worldwide will be presented by the Research Institute of Organic Agriculture (FiBL) and IFOAM – Organics International at the BIOFACH world organic trade fair 2017 in Nuremberg. The statistical yearbook “The World of Organic Agriculture” will be launched on Wednesday, February 15, 2017, from 4.00 to 4.45 pm in Hall Shanghai, NCC East.

(Frick/Nürnberg February 9, 2017) The positive trend seen in the past years continues: Consumer demand is increasing, reflected in the significant market growth of 11 percent in the United States, the world’s largest organic market. More farmers cultivate organically, more land is certified organic, and 179 countries report organic farming activities (up from 172), as shown in the 2017 edition of the study “The World of Organic Agriculture” (data per end of 2015) published by FiBL and IFOAM – Organics International. The survey is supported by the Swiss State Secretariat for Economic Affairs (SECO), the International Trade Centre (ITC), and NürnbergMesse, the organizers of the BIOFACH fair.

The market research company Organic Monitor estimates the global market for organic food to have reached 81.6 billion US dollars in 2015 (approximately 75 billion euros). The United States is the leading market with 35.9 billion euros, followed by Germany (8.6 billion euros), France (5.5 billion euros), and China (4.7 billion euros). In 2015, most of the major markets showed double-digit growth rates The highest per capita spending was in Switzerland (262 Euros), and Denmark has the highest organic market share (8.4 percent of the total food market). 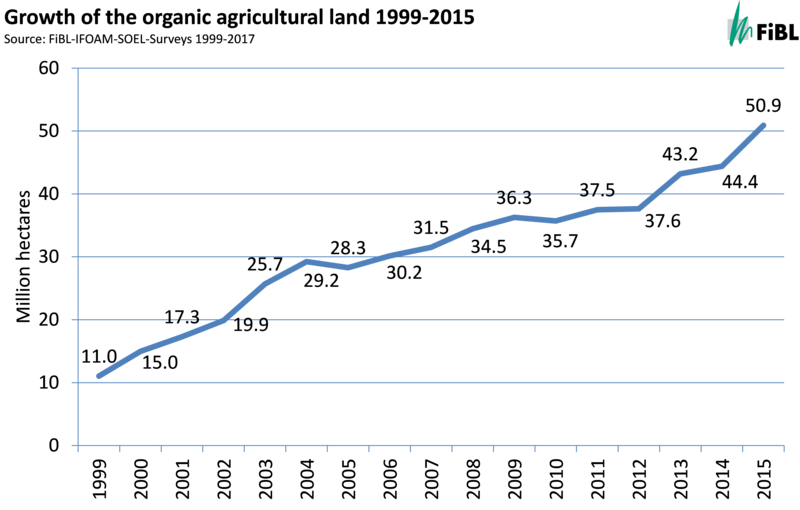